As his neighboring country, Malawi, the government relies on the network of Catholic schools and health centers to provide quality services to the population. Often located in rural areas, the apostolic works under the direction of our Sisters welcome persons in search of appropriate care leading to a better future for their children. If these services are to make constant progress in these countries in terms of education and health care, there need to be lay and religious personnel with a higher level of qualifications.

In education, St. Monica Secondary School for girls, which celebrated more than 50 years of academic success, presently wlcomes some 500 boarders. Many Sisters also teach in the parish and public primary schools.

In health care, the Sisters in Kalichero work at the small Muzeyi Hospital, an outpatient clinic with possibility of short-term hospitalization, as well as maternity and laboratory services. More urgent and serious cases are transported to the Chipata Hospital, approximately 45 minutes away.

The Sisters do not limit their apostolate to the traditional works of the Congregation. They are very active in parish work and respond to the many needs in their respective area. 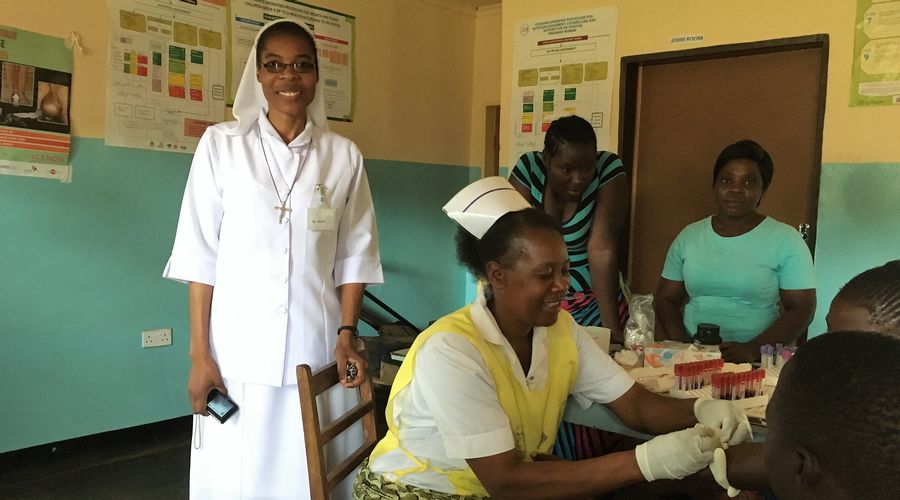 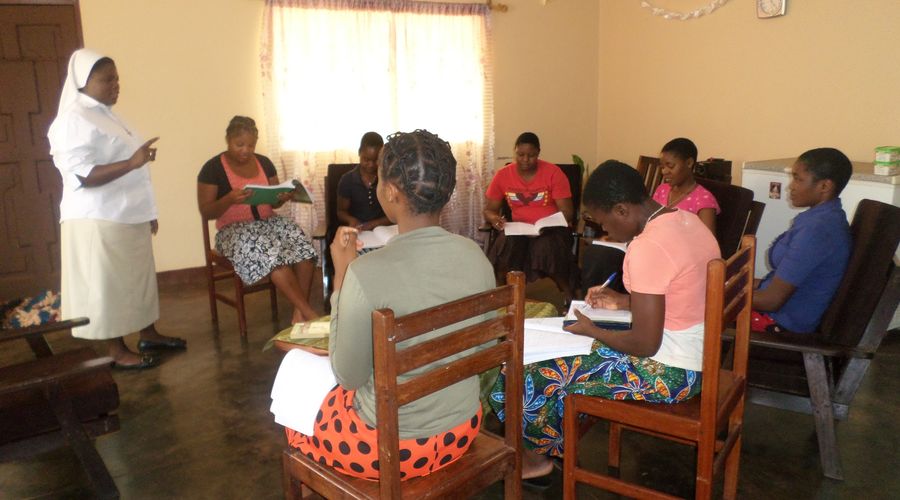 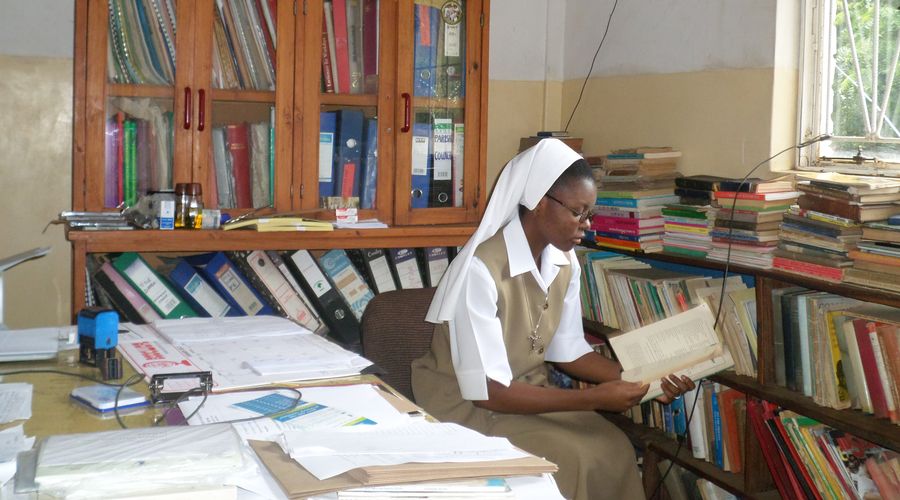 Sister Patricia Tembo at the parish office in Mazabuka. 3/4 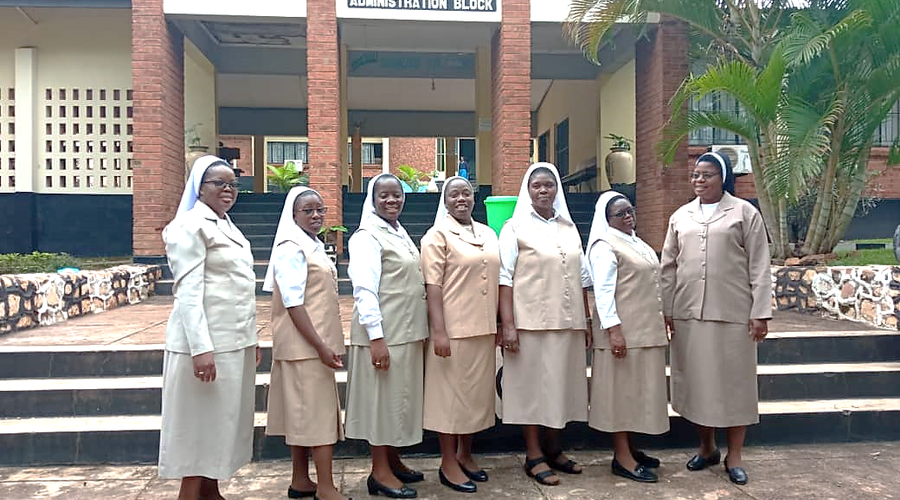 Sister Patricia Tembo at the parish office in Mazabuka. 3/4

It was in 1961 that the Sisters in Malawi ventured into the neighboring country of Northern Rhodesia, which, in 1964, would become Zambia.

In 1961, their first mission was Kasiya where they maintained a commercial secondary school with boarding. Four missionaries founded Élisabeth Bruyère Convent to minister in education and good works.

From 1964, there would no longer be mention of Nyassaland, nor of Northern Rhodesia, nor of Fort Jameson, but of Malawi, Zambia and Chipata.

In 1966, in Mpanshya, the Sisters accept the administration of St. Luke Hospital founded by the Jesuit Fathers. This was a highly humanitarian undertaking that answered a pressing need. The Sisters would leave this place in 1978.

In 1967, two African Sisters open St. Mary Convent in Monze where they will be entrusted with a primary school, a Home Economics School, a catechetical center and social services. They would leave the area in 1972.

In 1971 and in 1972, the results of the Cambridge exams acclaimed St. Monica Secondary School in first place in all of the Eastern Province.

The year 1980 saw the opening of Élisabeth Bruyère Convent in Chipata. The Regional Leadership chose to transfer the novitiate from Ludzi to Chipata for the formation of young candidates.

In 1983, the Bishop of Chipata, His Excellency Medardo J. Mazombwe requested  Congregation to build a health center in a rural area. The General Council agrees and a letter of approval arrives in August. This would become Our Lady of Peace Convent with a hospital-clinic in Kalichero.

Mount St. Joseph Convent opened in Chipata in 2008. It would become the Regional House as well as a place to receive Sisters in transit.

On May 20, 2015, St. John XXIII convent was blessed in Lumimba Parish in Lundazi.

On January 1, 2016, a new region was created for the Sisters in Zambia: Saint John Paul II Region.