Even though the meandering of history have called us to close schools and hospitals, we continue our mission in education in various ways in Massachusetts. The cry of the poor continues to speak to our heart and the elderly continue to be welcome at D’Youville Senior Care Center in Lowell, founded in 1960. Ste Jeanne d’Arc School in Lowell has pursued its educational mission since 1910. Bachand Hall offers a home to young women in search of personal growth. 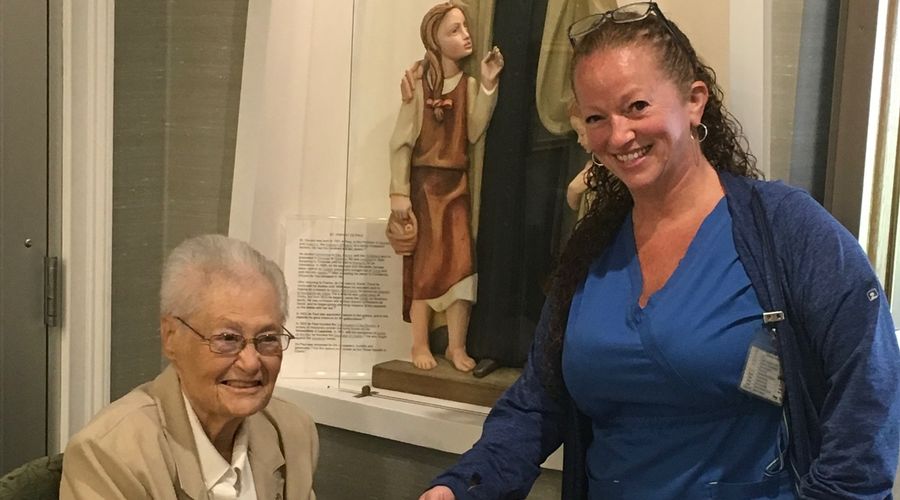 Sister Florence Demers distributes the cheques to the employees of the D'Youville Community every Thursday morning. Pictured with her is Michelle Elie. 1/4 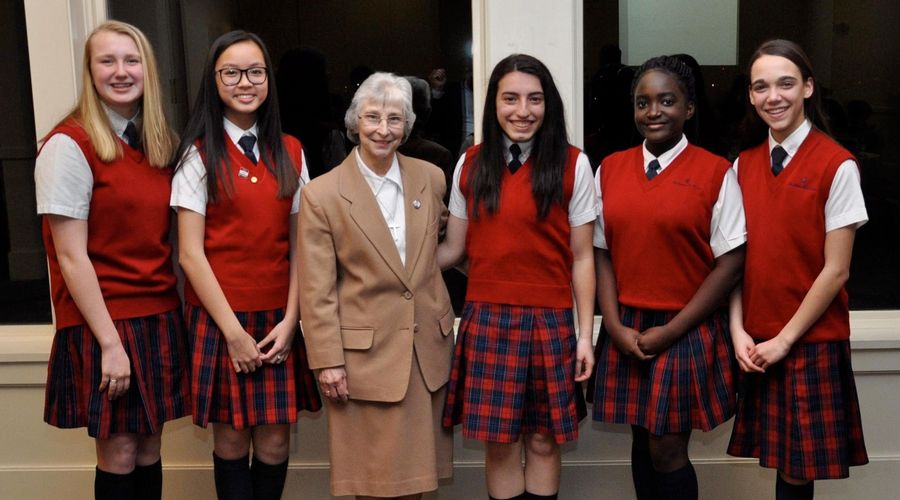 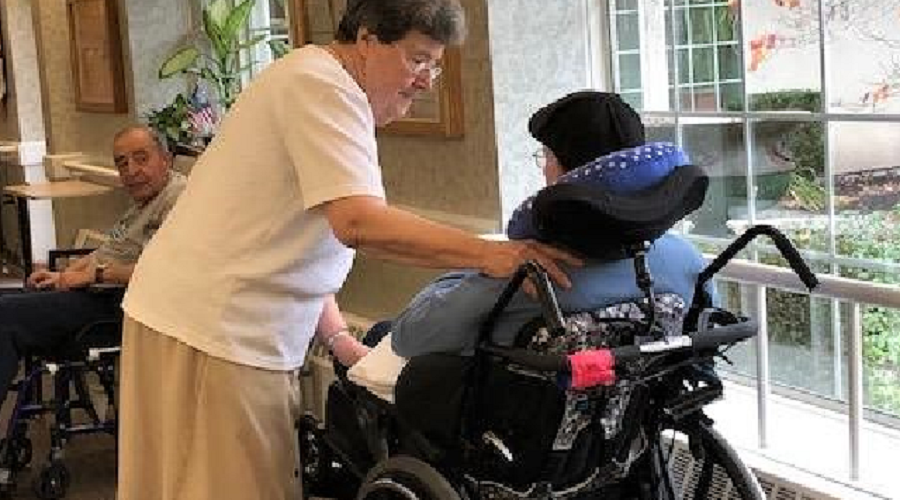 Sr. Pauline Leblanc with a patient at St-Joseph Residence 3/4 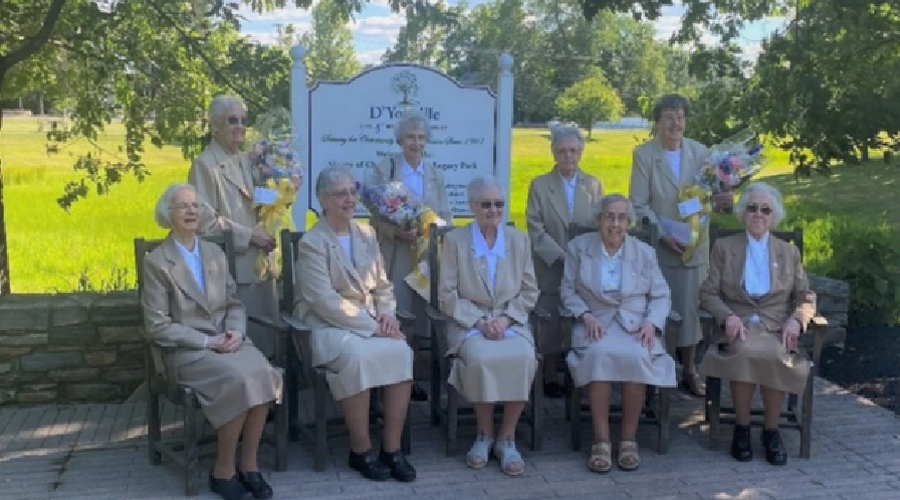 Dedication of a park in honor of SCO 4/4

Sister Florence Demers distributes the cheques to the employees of the D'Youville Community every Thursday morning. Pictured with her is Michelle Elie. 1/4

Sr. Pauline Leblanc with a patient at St-Joseph Residence 3/4

Dedication of a park in honor of SCO 4/4

In 1857, Mother Élisabeth Bruyère traveled to Buffalo, New York. She was accompanied by four professed sisters and one postulant. This marked our first foundation in the United States where the Sisters were mainly involved in the education of youth. They did visit the poor and the sick in their homes. Between 1860 and 1883, the Sisters settled in the following towns: Plattsburgh, Ogdensburg, Hudson, Medina, all in New York State and in Lowell, Massachusetts.

In 1887, the town of Haverhill, Massachusetts welcomed the Sisters and entrusted to them the education of children from French Canadians immigrants. Early in the 20th century, two hospitals came into being in Ogdensburg and Plattsburgh.

In 1910, the Congregation purchased a house so as to reach the Grade 1 students in the Pawtucketville section of Lowell. This marked the beginnings of Ste Jeanne d’Arc School which would eventually boast of a brand-new building in 1952, one which still houses the school today.

In 1930, the Sisters assumed the administration of what became St. Joseph Hospital in Lowell.

In 1950, the Congregation responded to a call from the State of Louisiana for Sisters to minister to the educational needs of francophone families of Acadian descent in Church Point. Other foundations would follow: Kaplan in 1952, Gueydan in 1954, Lafayette in 1960 and Erath in 1965. These missions were closed by the Congregation in 1979.

In 1960, elderly persons of low income were accepted at D’Youville Manor. This institution has evolved over the years to receive not only persons needing long-term care, but also apartments for independent elderly people with limited financial resources, a rehabilitation center for short-term care and an assisted living residence for persons with limited independence.

In 1995, we opened a house in Newark, New Jersey to serve the Latino-American community. This house closed in 2010.

The Convent known as Bachand Hall had been housing the Sisters who served at St. Joseph Hospital. When the hospital merged with another Catholic hospital in the area in 1992, and the Sisters who had served there had either aged out of the mission or were deceased, the Province chose to redirect its mission. In 2005, after being attentive to the needs in the area, the Sisters accepted to receive young women referred to them by the Office of Social Services in Lowell. While pursuing studies, either at the University of Massachusetts in Lowell or at Middlesex Community College, these young women enjoy personal support in their journey to adulthood.