The Congregation responded to a request from the Bishop of the diocese of Daru-Kiunga for Sisters to minister to the refugees in Papua New Guinea.

The existence of refugee camps was the result of the annexation of West Papua to Indonesia through a UN decision. The persons whose cultural roots drew them more toward the Papuan side emigrated closer to the border with Papua New Guinea in the Western Province. The government then requested of the United Nations High Commission for Refugees to establish a camp and see to the well-being of these refugees. 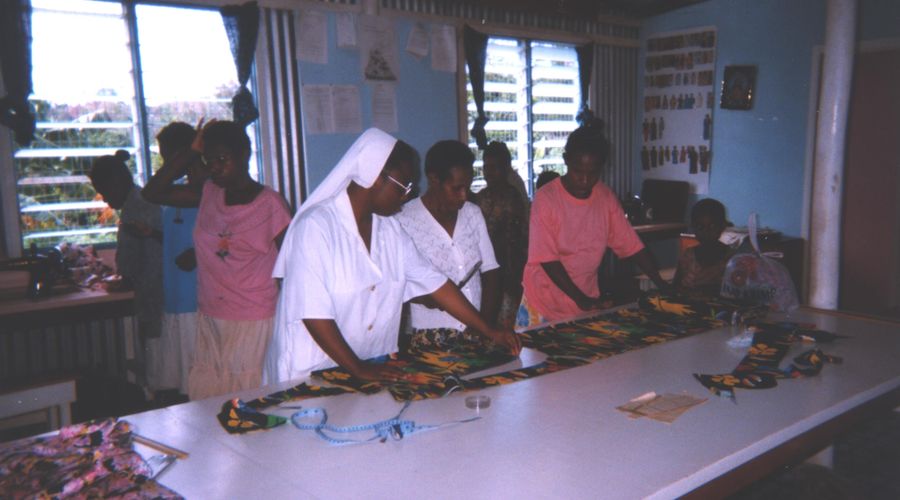 Sister Rosalia Nthejane gives a sewing class to the women of the refugee camp in Iowara. 1/3 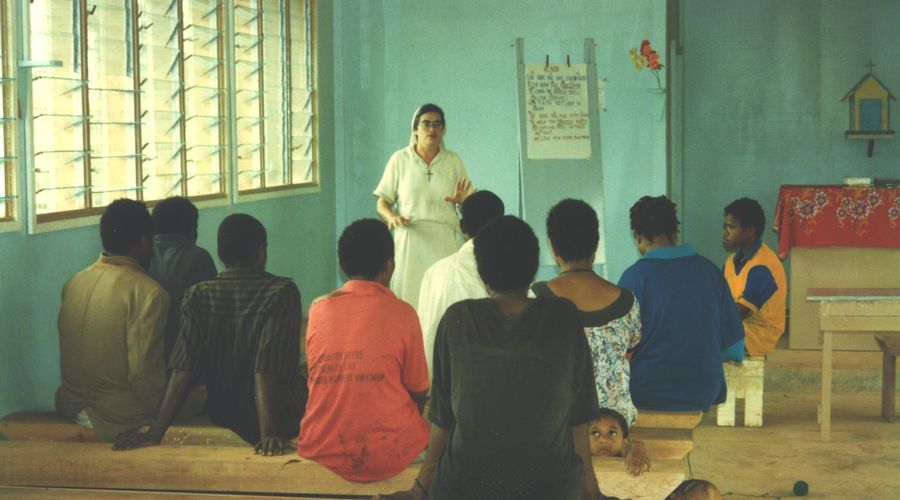 Sister Pauline Gagne teaches a session in the village of Tapko. 2/3

Sister Pauline Leblanc gives a class on how to present projects to obtain funding. 3/3

Sister Rosalia Nthejane gives a sewing class to the women of the refugee camp in Iowara. 1/3

Sister Pauline Gagne teaches a session in the village of Tapko. 2/3

Sister Pauline Leblanc gives a class on how to present projects to obtain funding. 3/3

The History of the Mission

In 1992, our Sisters in Lesotho responded to this request and opened a mission in Iowara. In the refugee camp, they cared for the sick and helped women and children.

Early in 1995, two Canadian Sisters and one American Sister traveled toward Kiunga where they worked on the diocesan level in youth ministry, in the formation of pastoral agents and in integral human development. The Sisters worked in collaboration with the Montfort Fathers, the Daughters of Wisdom and other international and local religious congregations, as well as with lay missionaries. Early in the 21st century, the mission in Iowara was terminated since the people had left the camp to reside elsewhere. The Sisters continued to work in parish ministry and journeyed with the women.

In 2004, the Sisters in Holy Trinity Convent in Kiunga left Papua New Guinea. In September, the Sisters of St. Agatha Convent in Iowara also returned to their own country of Lesotho.