The government of Malawi depends on the Catholic schools and health centers to offer quality service to the population. Often located in rural areas, the apostolic works under the direction of our Sisters welcome persons in search of appropriate care leading to a better future for their children. If these services are to make constant progress in these countries in terms of education and health care, there need to be lay and religious personnel with a higher level of qualification.

In education, the Sisters administer two primary boarding schools and a girls' secondary boarding school. In health care, the needs are numerous. The Sisters manage two community hospitals in rural areas. In the absence of a doctor, a clinical officer responds to the wide variety of needs. In addition, one center has been created to receive orphans from the villages in the vicinity of Ludzi Mission. Women also come to learn skills which will allow them to gain some personal revenue. 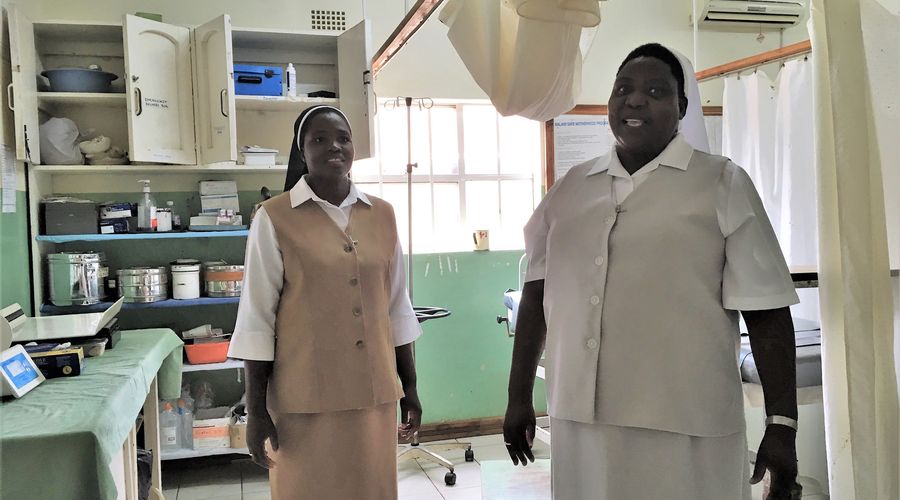 Sister Beatrice Chidatha and Sister Olivia Katsabole at Ludzi Hospital where they work. 1/4 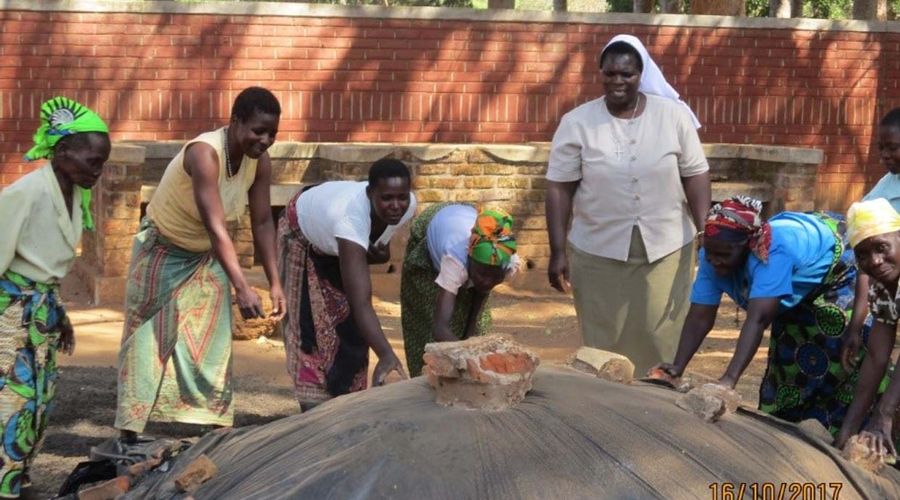 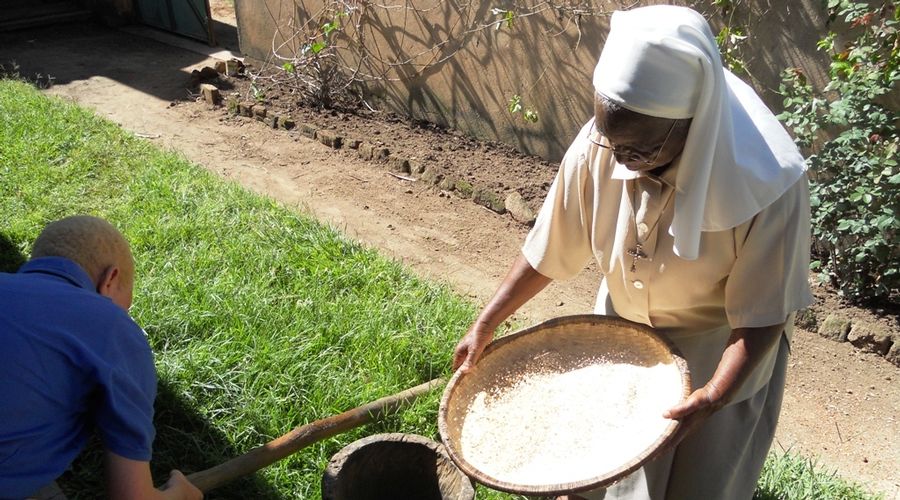 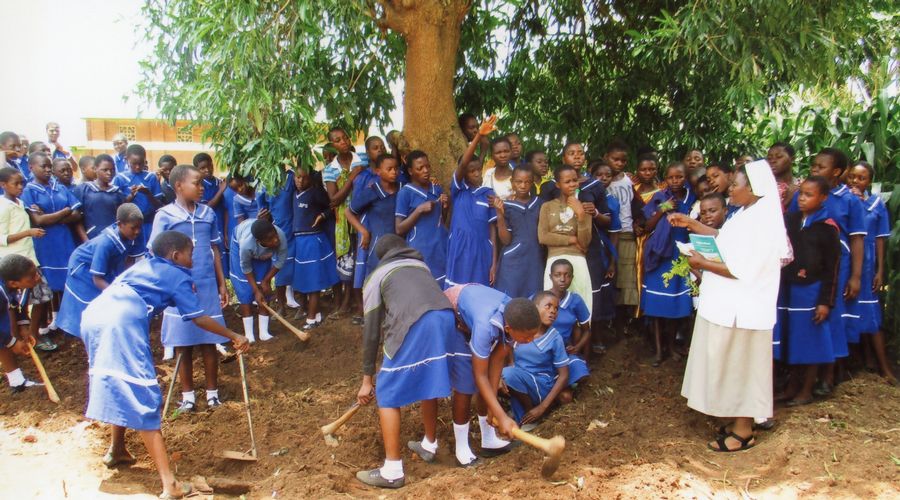 A Sister with students. 4/4

Sister Beatrice Chidatha and Sister Olivia Katsabole at Ludzi Hospital where they work. 1/4

A Sister with students. 4/4

In 1946, at the request of Bishop Oscar Julien, asking for Sisters in Nyassaland (now Malawi since 1964), Mother Saint Andre Corsini, Superior General, responded without delay. The first mission opened in Guilleme with four Canadian Sisters. The goal was to take responsibility for a primary school, boarding for girls and a dispensary. But the works multiplied rapidly. St. Theresa of the Child Jesus Convent housed this first missionary thrust.

That same year, the Sisters undertook another venture, that of the care of orphans. The Guilleme orphanage, later moved to Ludzi and placed under the patronage of St. Joseph, closed on March 19, 1980. This service was transferred to the country’s social system.

In 1949, three Sisters founded Holy Family convent in Ludzi. They worked in education, in the care of the sick in a modest clinic and helped the poor.

In 1956, Bishop Joseph Fady, WF, apostolic vicar in Likuni, Nyssaland, wished to open a mission in Kachebere. In his request to the Congregation, he specified: "The Sisters will oversee the kitchen for the priests and seminarians, they will visit the local people in the villages, and they will tend to the dispensary and the classes, as needed."

In 1957, the novitiate opened in Guilleme and was transferred to the provincial residence in Ludzi in 1962.

In 1958, the Congregation agreed to maintain a special commitment to the clergy in the Major Seminary in Kachebere. The Sisters collaborated with the White Fathers of Africa in taking on all domestic duties, as well as the infirmary. Their convent, St. Pius X, was renamed St. Anthony in 1967 and was situated in the former residence for the priests.

From 1964, there would no longer be mention of Nyassaland, nor of Northern Rhodesia, nor of Fort Jameson, but of Malawi, Zambia and Chipata.

In 1969, the Junior Certificate Housecraft becomes recognized as Ludzi Girls' Secondary School by the Ministry of Education.

In 1975, just as the secondary school had been recognized for its excellent academic achievements and its crafts, so the Ludzi Primary School was commended for its success.

In 1980, Marguerite d’Youville Convent opened in Ludzi and received three Sisters. This house, owned by the government, was situated on the campus of the secondary school under the direction of the Sisters of Charity of Ottawa.

In 1992, St. Mary Convent, in Mkanda, housed a local community of four Sisters and was the site of the pre-novitiate. Pastoral work, visits to the sick and the elderly, tending to the farm with its gardens and animals were priorities for this apostolic mission.

In 2004, a new community settled in St. Louis Convent. A 100-acre farm will hopefully generate income to respond to the needs of the Sisters in the Region.

In 2014, in response to requirements from the Education Ministry and the Health Ministry, the Regional leadership chose to send some Sisters to further their qualifications in educational and health care administration in order to take up administrative responsibilities. Other Sisters study in parish pastoral ministry, in spirituality and spiritual direction so as to help in the formation of young women seeking to embrace religious life.