Japan — Our Lady of the Rosary Province

Openness to dialogue with the major world religions is a major part of our educational mission in Asia.

We work with very young children in kindergartens and with the elderly. We also minister in various ways at the parish level. In the health care environment, we offer pastoral services and a compassionate presence in various palliative care services. We continue to respond to the needs of those victims of the March 2011 tsunami. We collaborate in the rehabilitation of persons victims of various addictions, offer faith education and spiritual formation for prayer groups. 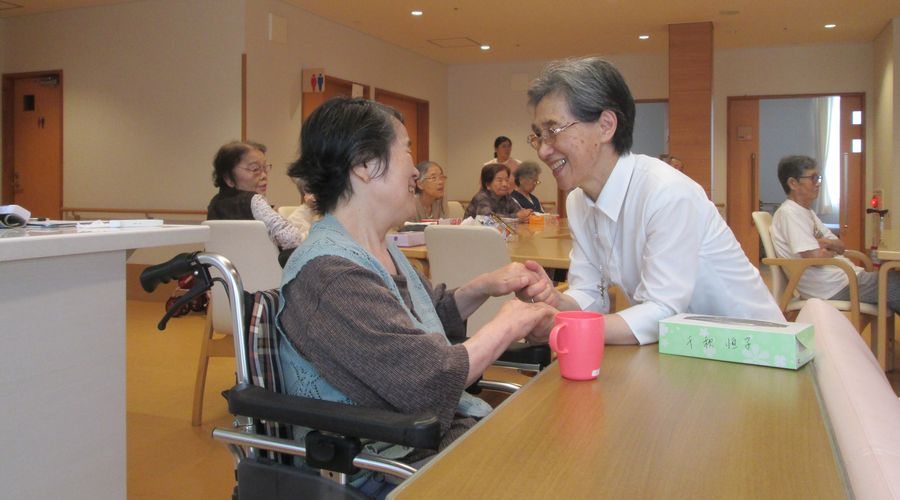 Sister Setsuko Akasaka with a resident at Yamagata's home. 1/4 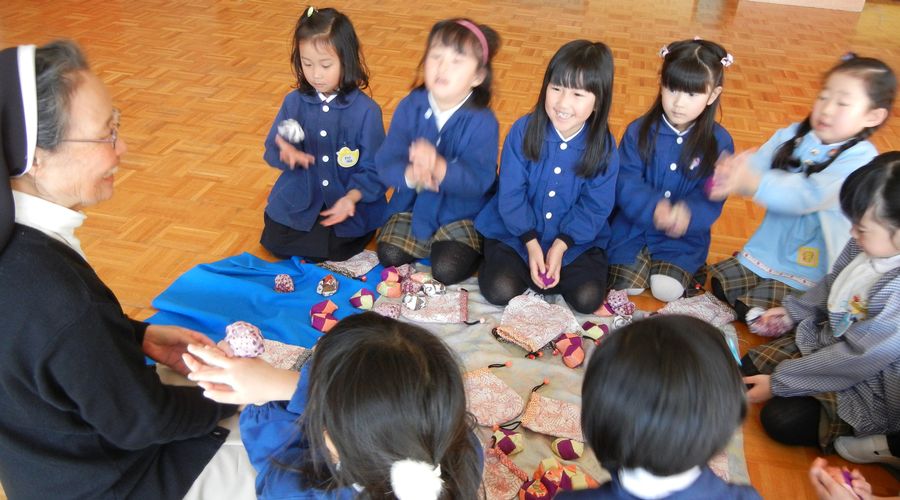 Sister Aogo Toshiko at the daycare. 2/4 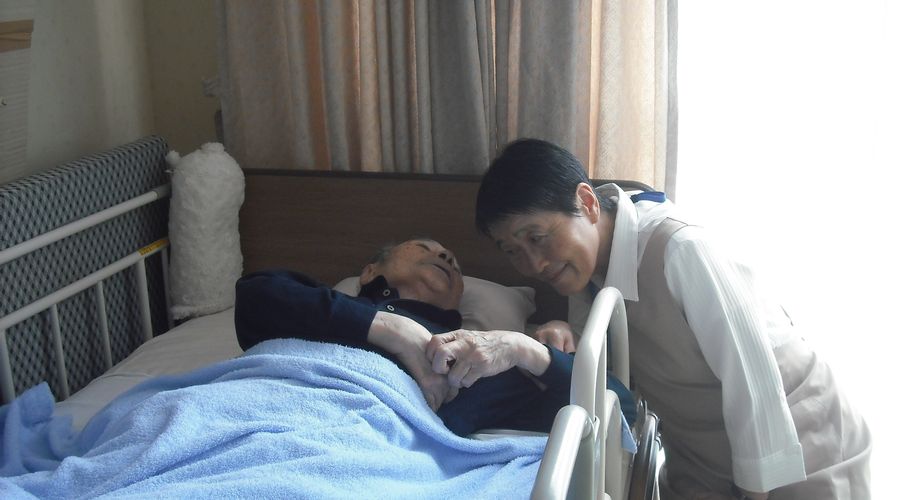 Sister Yoko Nakai in the kitchenette of the Diocese. 4/4

Sister Setsuko Akasaka with a resident at Yamagata's home. 1/4

Sister Aogo Toshiko at the daycare. 2/4

Sister Yoko Nakai in the kitchenette of the Diocese. 4/4

In response to a joint request from Bishop Marie-Joseph Lemieux, OP and Bishop Kobayashi Arikata, from Sendai, three Canadian missionaries arrived in Japan on September 8, 1960. From the outset, two of them, all the while being initiated to the Japanese language, served at Spellman Hospital, while the other undertook teaching piano and voice.

In Japan, there are no works that belong to the Congregation, but the Sisters are involved in the apostolic mission in partnership with other religious congregations of men and women. With the arrival of more missionaries and the added support of Japanese candidates, the Sisters added other services in addition to those offered at the hospital: teaching of the French and English languages, pastoral animation for vocations, as well as pastoral work in both diocesan and parish settings. They were involved in social work with abandoned children brought to them by their neighbors, the Brothers of Christian Schools. They also ministered to the elderly in the institutions of the diocese of Sendai.

In November 1964, in Our Lady of the Rosary Convent, a gift of the Dominican Fathers, we begin our novitiate. One aspirant and four postulants undertook their initial formation in the footsteps of Saint Marguerite d’Youville and Mother Élisabeth Bruyère.

In 1971, the Sisters settled in a parish in Yagiyama under the direction of the Priests of Foreign Missions of Québec where they operated a kindergarten, taught English and culinary arts to the women. They also taught French at Tohoku University. This convent would close its doors in 1983.

In 1977, the Japanese Mission became a Region and took the name of Our Lady of the Rosary.

In 1984, Élisabeth Bruyère Convent opened in the town of Yamagata, in the diocese of Niigata where the Sisters collaborated with the Fathers of the Sacred Hearts of Jesus and Mary. Their ministry included parish pastoral work, a kindergarten and Maria-Komakusa Child Care Center, as well as elder care at the Sacred Heart facilities (Mi Kokoro).

In April 1987, an invitation from the northern section of the country arrived from the Priests of Foreign Missions of Québec. As in other areas, the Sisters dedicated themselves to children and adults suffering from handicaps at the House of Hope, at the day care center and at a rest home for the elderly at Oshimizu. To this they added parish and hospital pastoral work, as well as catechesis in the kindergartens of the locality.

In May 1990, two Sisters opened Marguerite d’Youville Convent in Kakuda, Sendai diocese. They committed themselves to the care of the elderly at the House of the Virgin until June 30, 1994.

In 1991, a convent entrusted to Our Lady of Providence opened in the central island in Tokyo. Education was at the forefront on all levels: kindergarten, primary and secondary schools and colleges, while pursuing parish pastoral work. This convent closed in October 2006. However, the mission continued in the town of Azamino in the diocese of Yokohama.

In 1993, we were called to the southern part of the country, on the island of Shikoku, in the town of Kochi. The Sisters pursue their educational mission in the kindergarten of the Nakagima parish. They were ardent in their caring service of the poor and in parish pastoral work. The apostolic service in this diocese of Takamatsu would continue until April 2007.

In 1994, we returned to the Nagoya diocese in central Japan. The Sisters in the Sacred Heart of Jesus Convent worked at the Catholic Formation Center in Nagoya, in the kindergarten at Akenohoshi as well as in parish pastoral work. Later they would assist the Brazilian community in Toyohashi as part of this same diocese.

In 2006, Our Lady of Providence Convent in Azamino, would become the site of the novitiate. Being situated close to the city of Tokyo, the young women in formation were better positioned to take part in the various religious formation sessions either at the University of Sophia as well as in intercommunity gatherings.

In 2011, we responded to the needs of the Filipino community in Shinjo, Niigata diocese. Each weekend two Sisters would travel to live, work and celebrate with the parishioners. This mission would be terminated in December 2013.

Early in April 2014, Our Lady of Mercy Convent open in the diocese of Sendai where we worked in partnership with the Sisters Missionaries of the Martyr St. George. The apostolic life centered on an orphanage as well as some service being offered in the various kindergartens in the region. This convent closed its doors on March 31, 2019.