For 46 years, our Congregation had guaranteed a presence in Haiti. We have been present in Port-au-Prince, in the Gonaïves, Dessalines and Ennery. We have been involved in education, mostly in preschool and primary levels, but also in professional formation of young women and in pastoral work, both in schools and in parishes. In health care, we established dispensaries, clinics and dormitories for persons suffering from tuberculosis and HIV-AIDS.

During 2012-2013, we permanently left the country, entrusting our ministries to other religious Congregations who had accepted to continue this mission to the people.

In October 2012, at the parish in Ennery, the Sisters of Charity of St. Hyacinthe accepted to continue the work according to the charism of the Sisters of Charity, also known as the Grey Nuns. In August 2013, in Dessalines, the torch was passed to the Salesian Missionaries of Mary Immaculate from Madagascar. They continue to assure the charism of compassion in the school, at the dispensary and in the parish. 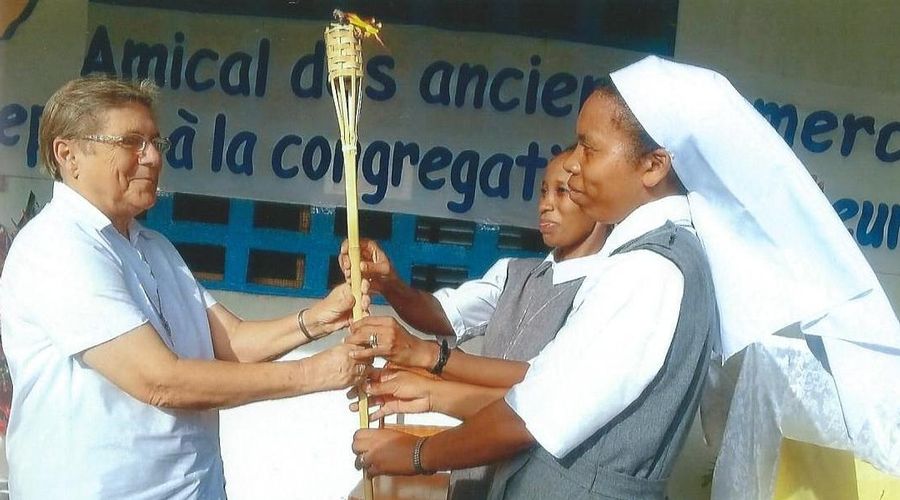 Sister Christine Cyr passed the torch to the Salesian Missionaries of Mary Immaculate from Madagascar. 1/4 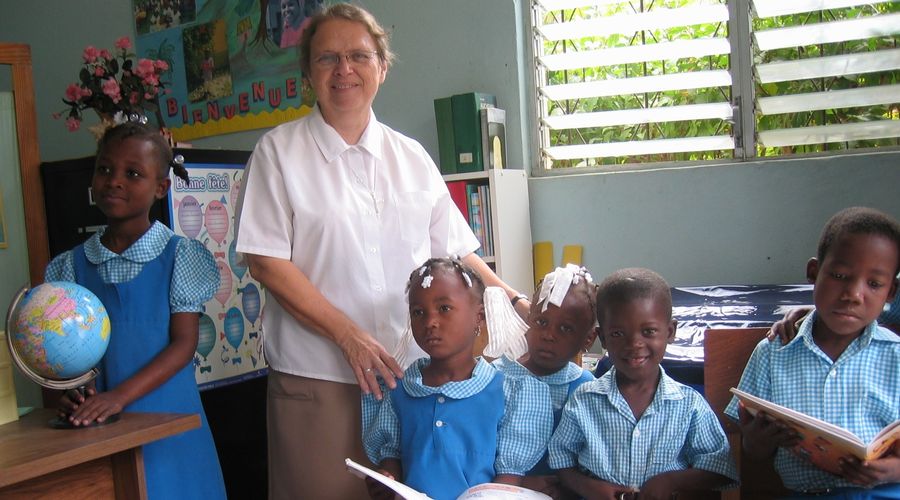 Sister Jeannette Roussy with some students. 2/4 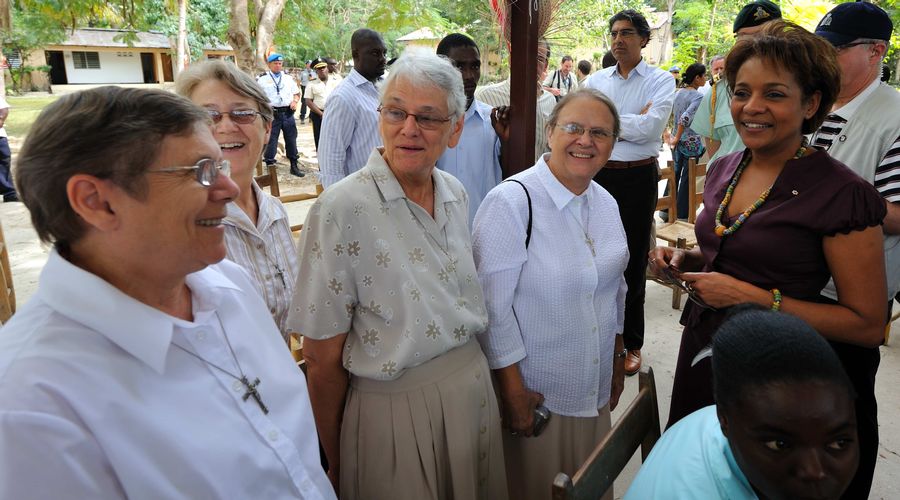 Sisters Christine Cyr, Odette Francoeur, Denise Malette and Jeannette Roussy, during the visit of the Governor General of Canada, Michaël Jean, to Ennery. 3/4 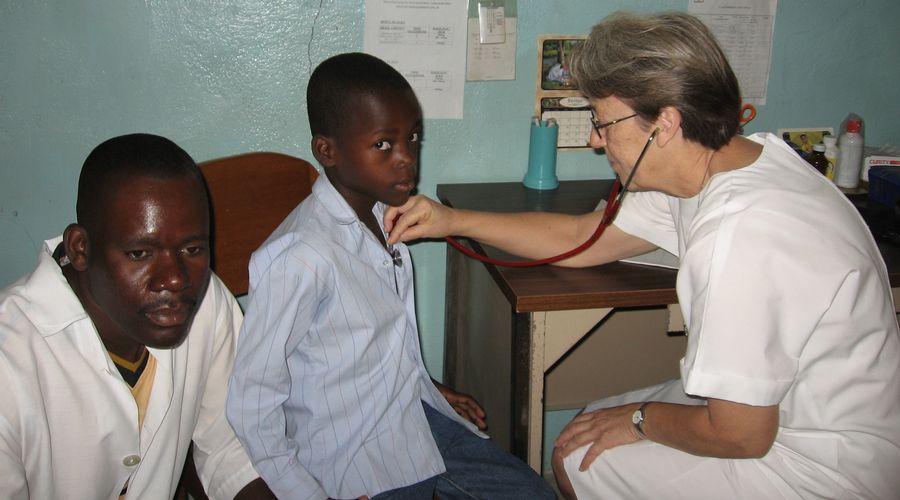 Sister Odette Francoeur at the clinic with a young patient. 4/4

Sister Christine Cyr passed the torch to the Salesian Missionaries of Mary Immaculate from Madagascar. 1/4

Sister Jeannette Roussy with some students. 2/4

Sisters Christine Cyr, Odette Francoeur, Denise Malette and Jeannette Roussy, during the visit of the Governor General of Canada, Michaël Jean, to Ennery. 3/4

Sister Odette Francoeur at the clinic with a young patient. 4/4

The History of the Sector

In 1967, Bishop Atonio Samoré, attaché to the Vatican Secretariat of State and vice-president of the Pontifical Commission for Latin America, Bishop Marie-Joseph Lemieux, OP, Apostolic Nuncio to Haiti, and Bishop François-Wolff Ligondé, Archbishop of Port-au-Prince, requested of Mother Saint Paul, Superior General, to send Grey Nuns to Haiti. The leadership of the Congregation granted this request and in September of that same year, six Sisters arrived in Port-au-Prince in St. Gerard Parish under the direction of the Redemptorists. At the outset, they became involved in parish ministry, in catechesis in the public schools and in health care in the local dispensaries. For three years, the Sisters worked in this area.

Because of the impassable condition of the roads and the long hours of travel, the Sisters were forced to leave the Gonaïves to settle more permanently in Dessalines where they were involved in education, parish work and health care in the dispensary. The Congregation leaves this mission in August 2013.

In 1982, the congregational leadership responded to an invitation from the pastor of a parish in Ennery, Father Emile Glouagen, whose request was supported by Bishop Emmanuel Constant, Bishop of the Gonaïves. In February, two Sisters arrived for education and parish ministry. Later in the year, a nursing Sister joined the team to see to the dispensary. The Congregation leaves this mission in October 2012.

In 1995, in Port-au-Prince, Father Antoine Adrien, Superior of the Missionary Fathers of the Holy Spirit and director of the Petit Séminaire Collège Saint-Martial, requested help from the Congregation. One Sister assumed responsibility for the College's infirmary, another taught at the secondary level, and a third took over the preschool program.

The Congregation leaves this mission in July 2005.