In Canada, the cradle of the Congregation, the charism of compassion is always being lived in a meaningful and adapted manner, according to the needs of the place where we live. Along the course of the years, the expression of this charism has undergone some transformation. Social change, as well as the lack of vocations and the aging of the sisters, have required serious discernment in the manner in which this charism can be actualized. As you navigate this site, you will notice that both the Church and Canadian society, particularly in the provinces of Ontario and Québec, have benefitted from the presence and wide-ranging activity of the Sisters of Charity of Ottawa from Élisabeth Bruyère Province. Their presence will mostly be found in the following domains: pastoral work either in a parish setting or in nursing homes, in hospitals and in personal growth groups. In addition, several sisters are involved in existing social organizations where they function in solidarity with the leadership of those groups. We cannot ignore the dedication of those who insure the cohesion, harmony and quality of life within the Congregation, an essential element and a favorable expression of our charism of compassion. 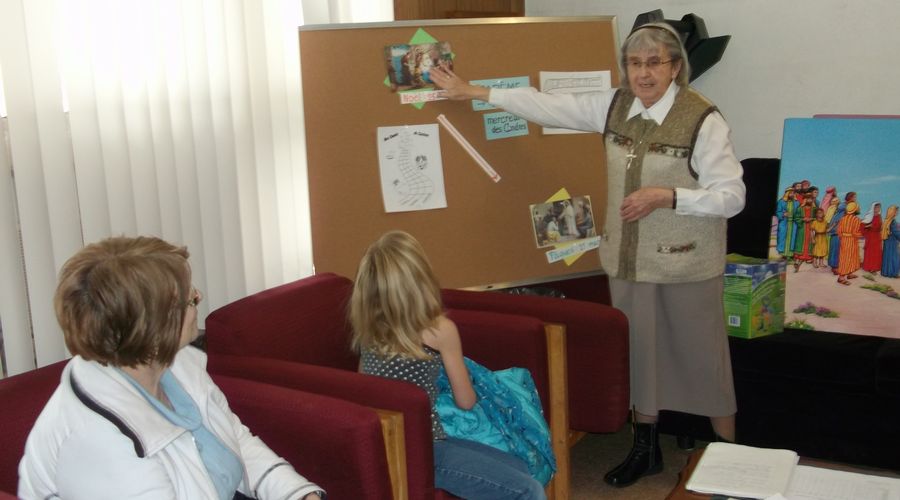 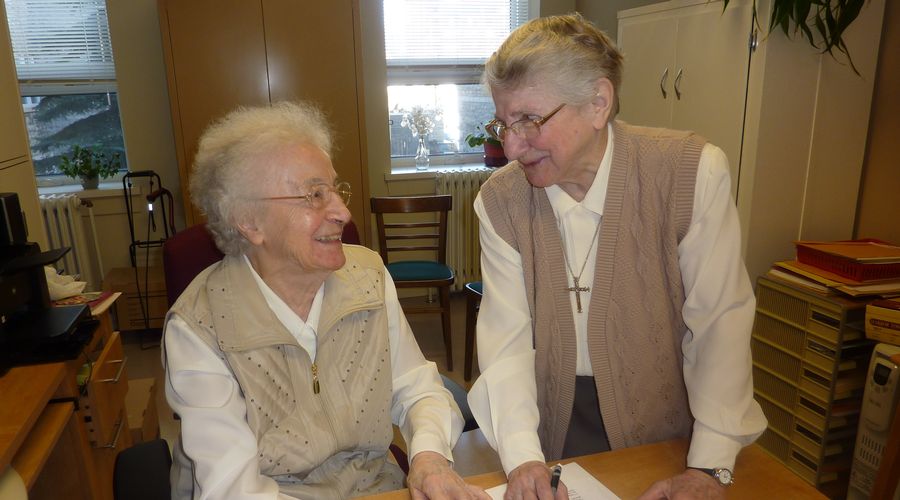 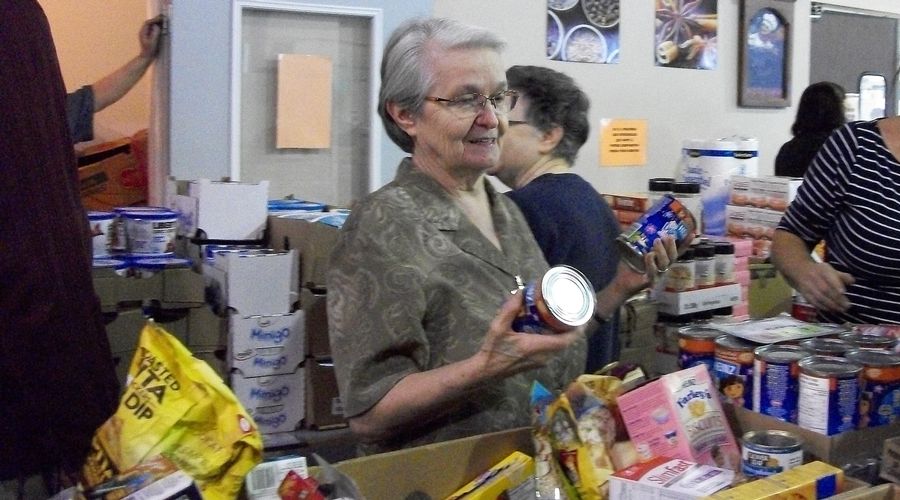 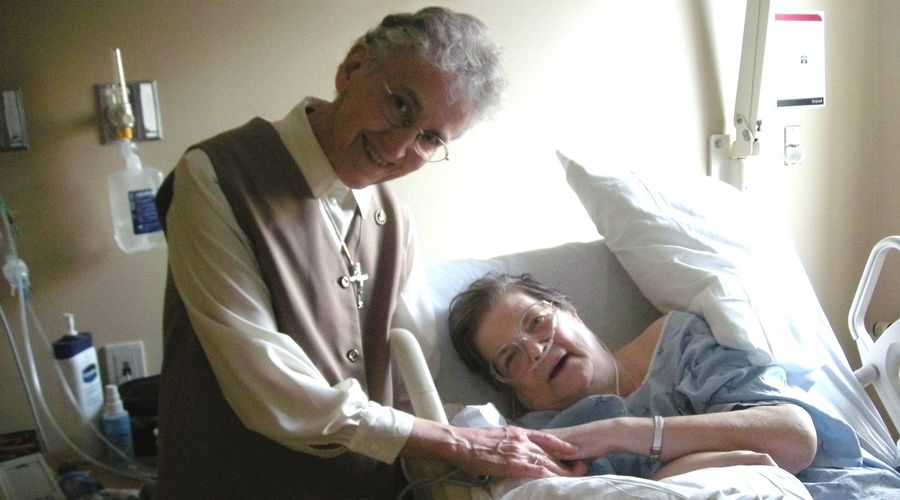 Sister Gisèle Cyr with a patient at Bruyère Continuing Care. 4/4

Sister Gisèle Cyr with a patient at Bruyère Continuing Care. 4/4

In March 1845, barely having arrived in Bytown (Ottawa), Élisabeth Bruyère and her companions had already opened a school, a hospital, an orphanage and a rest home for the elderly. Without delay, they also organized home visits, evening classes for mothers and responded without hesitation to the many pleas from a suffering population. 1847 marked the opening of St. Raphael Home in Bytown for unemployed immigrants. That very year, the Sisters cared for Irish immigrants arriving by ship and suffering from typhus.

As early as 1848, Mother Bruyère responded to a call from the Church and sent some Sisters to a small town close to Cornwall in southeast Ontario. The Sisters would open a boarding school and teach the young people in that region. This mission only lasted three years.

From 1849 to 1869, Mother Bruyère and her Sisters sought to consolidate the works in Bytown in order to better respond to the needs of an ever-growing population. Thus in 1849, the first boarding school was opened on St. Patrick Street to greet young women. In June 1850, the community moved to the present site of the Mother House on Bruyère Street. As early as September 1865, the Sisters took in several protégés in a home on Bruyère Street. In May 1868, a stone orphanage was built at the corner of Sussex and Cathcart Streets. In addition to the school and boarding school, the Sisters opened Sainte-Marie Academy in 1865, allowing access to education for a greater number. Finally, in 1866, the Ottawa General Hospital was ready to receive patients. In 1869, the Congregation purchased the Hotel Mathews in Ottawa to establish Our Lady of the Sacred Heart Convent (Rideau Street Convent). The boarders who lived at the Mother House were transferred to this new facility.

By the end of the 19th century, the Congregation had a large role in the education of young Franco-Ontarians in the towns to the east of Ottawa. The Sisters were present in the following municipalities: Orleans, Embrun, Hawkesbury, Casselman, Rockland, Bourget, L’Orignal, Clarence Creek, Limoges, Alfred, Chute-à-Blondeau and Saint-Pascal-Baylon.

The Congregation also responded favorably to a request from the Oblates of Mary Immaculate to send Sisters to the Saint-Claude Mission to support their apostolate. And thus, in 1866, two Sisters left Ottawa to settle in the Abitibi-Temiscamingue Region. Through the course of time, the Sisters would be called upon to establish schools and hospitals in several localities, namely, Ville-Marie, Rouyn, Notre-Dame-du-Nord, Noranda, Guerin, Rollet, Montbeillard, Angliers, Remigny and McWaters.

From 1867, the Congregation settled in what was the Québec portion in the vicinity of the Ottawa River. Between 1867 and 1869, the Sisters would cross the Ottawa River to open Pensionnat Notre-Dame-de-la-Merci in Aylmer as well as a school in Hull, now known as École secondaire Saint-Joseph. They traveled to Buckingham to open Saint-Laurent convent and from there journeyed to Montebello to establish a boarding school which would eventually be known as Institut familial Notre-Dame-du-Bonsecours. The Sisters would also serve in various localities in the region, namely, Maniwaki where they opened a school and a hospital in 1870, Gatineau Point, Papineauville, Gatineau Mills, Fort Coulonge, Notre-Dame-de-LaSalette, Cheneville, Lac Cayamant and Masson.

In 1868, Pembroke welcomed the Sisters as teachers and within 10 years, they had also opened a hospital. In 1873, the Sisters began to teach in the Eganville area.

The last mission sendoff done by Mother Bruyère before her death was to central Québec Province at Saint-François-du-Lac where the Sisters established a boarding school, named Saint-François-Xavier in 1876. The Sisters were also present in Odanak from 1903 to 1959, in Cap-de-la Madeleine from 1951 to 2007 and in Drummondville from 1952 to 2003.

Northwest Ontario welcomed the Sisters of Charity in 1878, first in Mattawa where they had the mandate to care for the sick and teach the children. They followed this same mandate in Sudbury where they established a hospital in 1896, then another in 1898 in Sault Saint Marie. The Congregation built Notre Dame College and responded to the multiple needs of the population by establishing several social programs. With the education mission foremost in their hearts, they taught and offered pastoral services in the following localities: Chelmsford, Verner, Kapuskasing, Noëlville, Moonbeam, Cartier, Hanmer, Smooth Rock Falls, Opasatika, Fauquier and Blezard Valley.

At about the same time, a contingent traveled to establish the Saint-Louis Boarding School at Pointe-du-Lac in the Monteregie region. The Sisters were also present in other localities in this region: Saint-Valerien from 1968 to 1988, in Rigaud from 1969 to 1985, in Rougement from 1969 to 2009, and in Richelieu from 1985 to 2001.

In 1950, the Congregation accepted three foundations in southwest Ontario: Paincourt, Sarnia and Windsor.

A group of Sisters left for James Bay in 1902. They remained there until 2005. They were present in the following missions: Fort Albany, Fort George, Moosonee and Attawapiskat.

From 1916, the Congregation accepted to settle in the city of Shawinigan in the Mauricie region where they taught at the parishes of Saint-Bernard and Saint-Marc, then later at Christ the King. In 1931, they founded Sainte-Thérèse Hospital.

The presence of the Sisters in the Laurentians began in 1932 with Mont-Laurier and Saint-Jérôme, where they also opened an elder-care program. They were also present in Lachute, L'Annonciation and Bellefeuille.

From 1941, the Congregation accepted three missions in two cities of Alberta Province: Spirit River and Tangent. They worked there in education and health care until 1971.