Wishing to be faithful to the charism and to the spirit of the Congregation, the Sisters ministered for 23 years in the apostolic mission of Cameroon. Involved at first in church and social work, they then dedicated themselves to the religious formation of young Cameroonian women who, in turn, invested themselves in education, in health care and at the service of vulnerable and disadvantaged persons.

Sister Julienne Tambwe with a visitor. 1/4 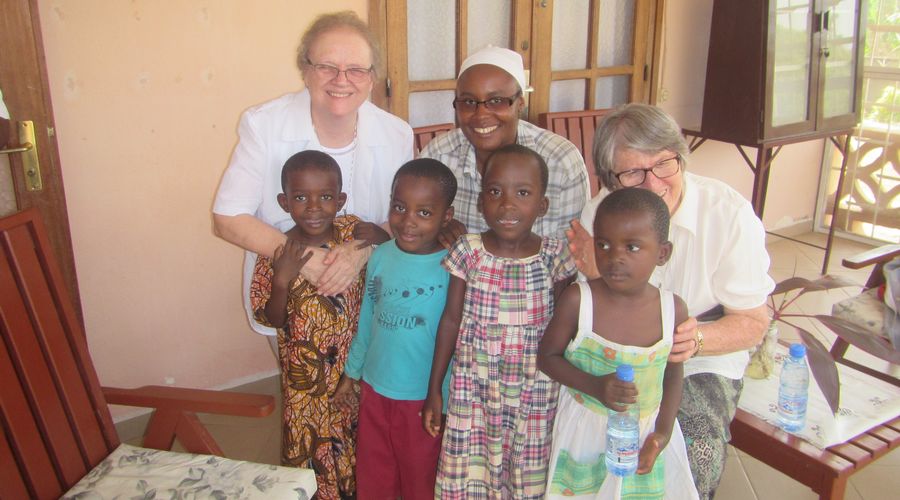 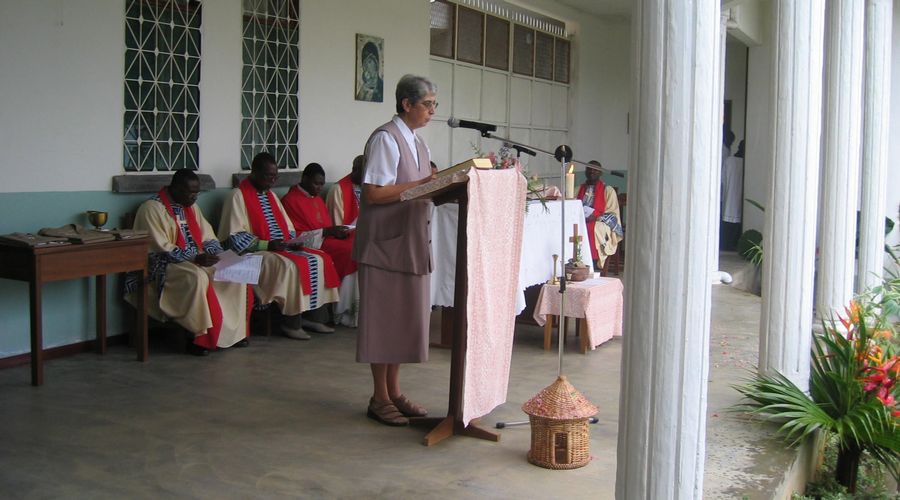 Sister Julienne Tambwe with a visitor. 1/4

On March 21, 1996, the first Sisters traveled to serve the Cameroonian people in the diocese of Edea. Upon their arrival, they set to work in the local church, serving the needy in youth ministry, in the formation of catechists, in the formation and promotion of Christian women, in social work, in hospital pastoral care, in visits to prisoners, in help to those in need and in the administration of the Diocesan Pastoral Center: all these commitments required much energy on the part of our Sisters. With much initiative, dedication and availability, the founding Sisters provided these various services.

Initially, the Sisters were housed temporarily in Eon Eding, at several kilometers from Edea while awaiting the construction of their convent on diocesan land. This gracious hospitality was thanks to the Bernard Eding Family who offered them a home on the Sanaga River. In June 1997, the Sisters were able to settle in the convent Notre-Dame-de-l’Espérance.

In September 2000, a new vocation ministry seemed to beckon. Its multiple-apostolic commitment had provided visibility to the Congregation. Young women expressed interest in religious life with the SCO. A missionary Sister from abroad joins the group and gets involved in vocational pastoral ministry. Another one joins her shortly thereafter and engages in the initial formation of young people. A novitiate was established on the same terrain as the convent Notre-Dame-de-l’Espérance in Edea. A first profession was celebrated there on September 14, 2005.

In November 2008, at the request of the Bishop of Bafoussam, the Sisters opened a new convent in West Cameroon. They left this locale in August 2013.

In September 2009, a convent was opened in Yaounde, the political capital city. This was an ideal place for professional studies, for courses in religious studies, in social science and others. This location encourages participation in intercommunity courses and activities. In December 2012 work began on the construction of the future regional house in the vicinity of the Catholic University of Central Africa.

In November 2014, with much enthusiasm and gratitude, the Sisters moved into the new regional house in Nkolbisson, Yaounde.

On June 21, 2015, the Congregation accepted a new mission in Mvom Nnam in the city of Sa'a, offered by the Sisters Servants of the Heart of Mary. There was a convent, a health-care center offering essential services, such as consultation, laboratories, a pharmacy and maternity assistance. There was also a center to welcome vulnerable children and orphans from 0 to 5 years of age. Since the convent was in proximity to the parish church, the Sisters were also involved in pastoral work. What a wonderful opportunity for these young Sisters to exercise their competencies and to live the charism of compassion according to their qualifications and gifts!

In 2019, a lengthy discernment led to the closing of this Region.

The good Lord knows what he is doing and I surrender myself to His Holy Will.
Élisabeth Bruyère. - July 28, 1858
Come to me, all you who are weary and burdened, and I will give you rest.
Mat. 11;28
Sing like no one is listening, love like you never been hurt, dance like no one is watching and live like it is heaven on earth.
Mark Twain