Élisabeth Bruyère was born on March 19, 1818, in the village of L’Assomption, just a few kilometers from Montreal. Her father already had four children at the time of his marriage to a young woman from Sainte-Anne-de-Beaupré. Three children were born from this marriage, one of whom was Élisabeth, the eldest of the second marriage. At the young age of six, Élisabeth experienced the deeply painful loss of her dearly beloved father. She experienced the poverty and the sacrifices which resulted from this loss.  She left the paternal home to take up residence in Montreal with her mother who became a housekeeper to provide for her family.

Élisabeth attended the school sponsored by the Congregation of Notre-Dame, located in proximity to Our Lady of Bon Secours Chapel. Élisabeth made her first communion in this chapel on May 3, 1827, at age twelve.

Father Charles-Thomas Caron, Élisabeth’s mother’s cousin, offered hospitality to the young orphan. He also provided such an excellent education and formation that the young woman was able to pursue a teaching career. In so doing, she already made a preferential option for the poor.

In 1839, Élisabeth entered the Congregation of the Sisters of Charity of Montreal, founded by Mother Marguerite d’Youville, and made her first profession on May 31, 1841, at the age of twenty-three. At this time, the Superior General, Mother McMullen, had been asked to establish a community in Bytown (known today as Ottawa). Father Telmon, OMI, could not believe that he would receive a negative response to his request. If Mother McMullen refused, he would want her to know that the Grey Nuns were wanted and were the first to be invited. On November 16, 1844, the Council of Twelve decided that some Sisters would be sent to devote themselves to the mission in Bytown. 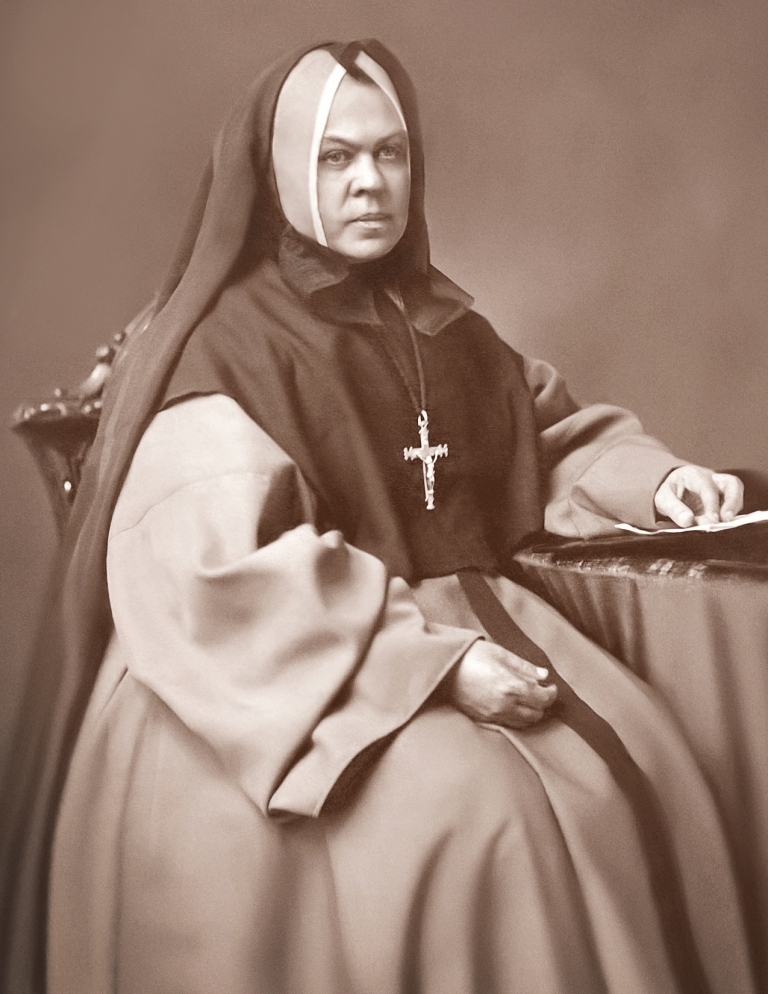 To carry out this mission on February 20, 1845, Sister Élisabeth Bruyère, who had been professed only four years, was appointed. Taken by surprise by this nomination, she confided: "If I accept, it is to be of service to my community […] but I do not feel any calling. If my superiors do not find any good reasons to refuse, I leave the decision up to their prudence; for myself, I reserve nothing but obedience." Three days later, she signed the acceptance of her election. Élisabeth would maintain this attitude throughout her life. What strength underscored such obedience!

Canonical Erection of the Community

In 1854, His Excellency Bishop Phelan, Bishop of Kingston, took advantage of his pastoral visit to establish an understanding with Father Telmon and Mother Bruyère related to the steps to be followed to ensure the canonical erection of the small community of Grey Nuns. Inspired by Mother d’Youville’s charism, Mother Bruyère and her Sisters intended to continue the ministry with the poor and the care of the most needy. Furthermore, new perspectives were set in motion to respond to the numerous needs of the environment.

The education ministry was the most urgent. Mother Bruyère had been well prepared for the designs of Providence. However, a clause restricted their teaching activities to "small schools". Mother Bruyère appealed to her superiors and to Bishop Bourget to broaden the scope of this clause. Mother Bruyère continued to direct her community toward the various ministries of mercy while she sustained efforts to develop the competencies of the Sisters who were committed to the education ministry, which competencies would allow the Sisters to address future needs, yet to be identified.

Bytown was pleased to welcome the benefits of education. The boarding school was not detrimental neither to the work of the parochial schools nor to the ministry with the poor and the destitute nor with the orphans. Mother Bruyère generously opened her heart to the elderly and to the disabled. The care of the sick was not neglected either. To tell the truth, all the ministries offered in Montreal resonated in Mother Bruyère’s soul. Only the education provided in the boarding schools was added to respond to the specific needs of Bytown.

Mother Bruyère gave the very best of herself. In June 1875, hypertrophy of the heart was diagnosed. Our venerated foundress entered into the eternal rest of the Father on April 5, 1876, at the age of fifty-eight.

The Congregation, which she directed for thirty-one years had, by then, ninety-eight members. Her last words, "my beloved Jesus", conveyed her abandonment and summed up her whole life. The body and the heart of our venerated Foundress are preserved in an oratory at the Mother House.